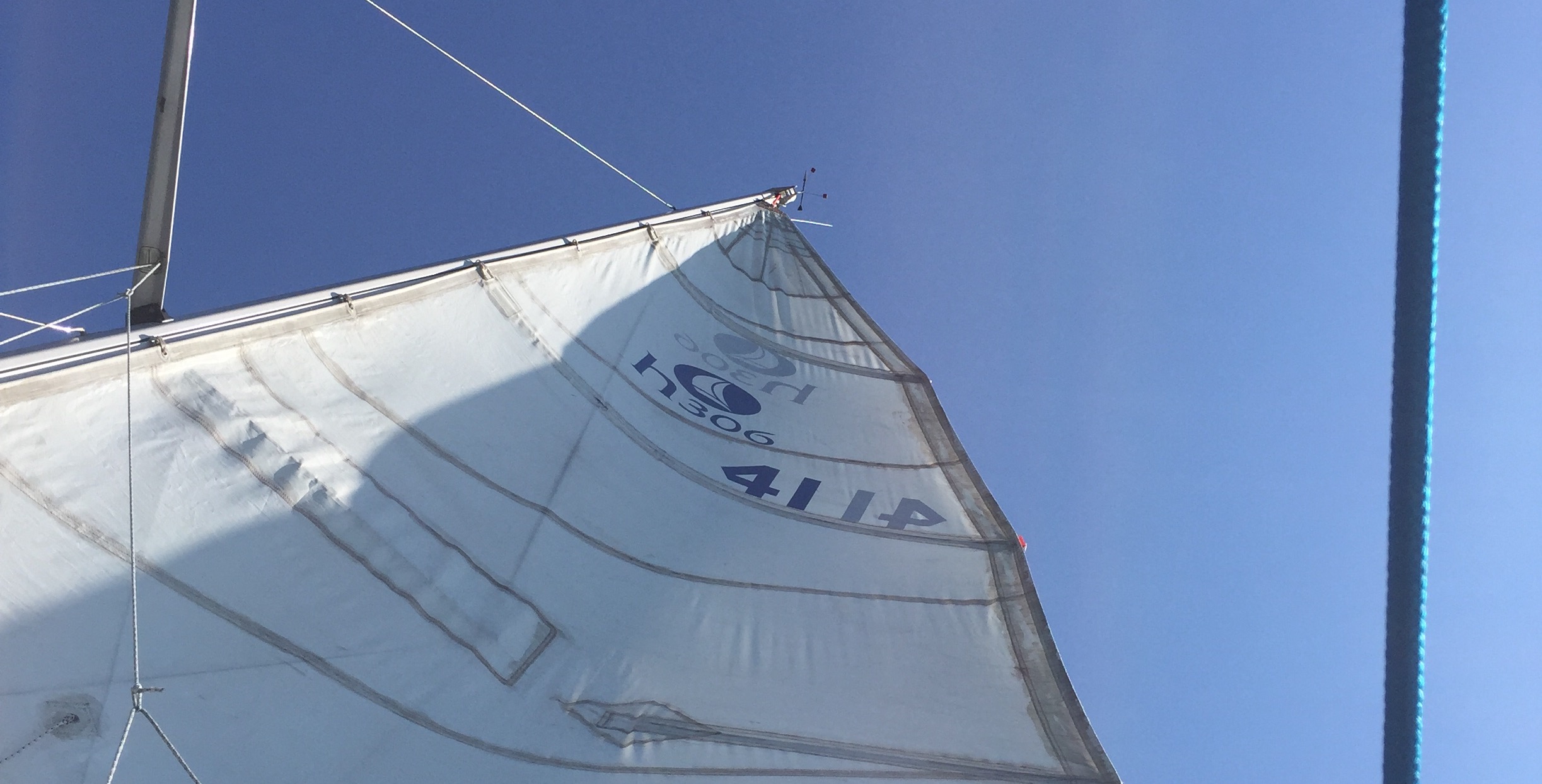 After having a great time learning the basics about sailing in ASA101, we were looking forward to the next class, ASA103: Basic Costal Cruising.  We got an email during the middle of the week following our first sailing classes – they had received a last minute cancellation and needed to fill spots in the coming weekend’s ASA103 – perfect!  We were so excited!  However, that weekend was the Redbull Flugtag, a crazy awesome weird competition where people attempt make and fly their very own human-powered flying machines, which we had been looking forward for weeks.  It was a tough decision, we were so excited to get back on the water in a boat, but pretty bummed we would miss such a cool event that doesn’t come to town very often.  Later on, we heard the Flugtag had been shut down early by the Coast Guard, so I guess we made the right decision going with the sailing lessons!

This time around we had another book to read, Coastal Cruising Made Easy, and it was about twice as big as the ASA101 book, and we only had 2 days to read it.  Yikes!  Looking over the book, it covered the same basic themes as the first class, but in much, much greater detail.  Our instructor for this class was Captain Bob – what a character!  He was an older retired man who had been sailing since the 1950’s!  We met at the marina and he looked like a classic old sailor, red polo shirt, captain’s hat and all!  It turn’s out that he was actually a retired Director of Photography and had worked and sailed all over the world.  He even has his own YouTube channel – Captain Bob’s Whatknots.

Our class began on the same Hunter 30′ that we had used for our fist classes.  We sat in the cabin and Captain Bob taught us all about the mechanics and intricacies of the structure and components on a sailboat.  We learned about the motor, batteries, electrical system, plumbing, kitchen, bilges and more.  We learned how to check all these systems and common problems, and he told us the parts that you should always keep a spare on hard in case of a failure at sea.

A couple of hours into class we headed out to go sailing.  The day was beautiful, sunny, and there was a breeze!  Such a contrast to last week’s still, rainy weather.  After loosing my favorite pink hat last week, I went out and got two new hat’s prior to this class.  One, for sun, and a waterproof one I could use for sun or rain!  I also picked up a pair of sailing gloves.  I opted for the half-finger variety for comfort, but quickly found out that I would need to exchange them for the full-fingered ones, because the middle of my fingers were very sore by the end of the day!

Once we got out of the harbor and into the Columbia, we got to test our skills in the wind!  Since it was such a beautiful, sunny Saturday, there were quite a few boats out and we got to practice determining right of way, yielding and maneuvering around other boats.  After a bit of sailing we went to lunch at the marina.  It was a hot day and they had a grill on the deck and misters spraying to cool us down.

After lunch, we picked a spot near the airport and began our course upriver.  The wind was at our stern and we sailed most of the way sailing on a broad reach, jibing back and forth across the river, learning how to find the right angle to the wind and work together as a crew to trim the sails at the right time.

Once we reached our destination, we turned around and headed back.  Now we were sailing into the wind.  We practiced tacking, sailing close-hauled, on a close reach and on a beam reach.  We sailed pretty fast and it was so much fun!  It seems like you sail so much faster this way than having the wind behind you for some reason.

For our second day, my fingers were sore, but I was ready with my super cute and comfy full-fingered gloves!  We were greeted by Captain Bob and he told us that we were going to be using a Hunter 33′ for our boat today!  I was excited to see what it was like to be on a different boat.  The inside of the boat felt so much more spacious with just 3 extra feet of length!

We began class in the cabin again and Captain Bob taught us a bit about navigation.  Although there is lot to learn about navigation (there are entire courses from Costal Navigation to Celestial Navigation) we learned about the basic navigational markers and how to locate them on nautical charts.  The traditional navigation calculations seem a bit daunting and confusing, and I definitely have a LOT to learn on this subject.  All I can say is, thank goodness for GPS.  But it is something that I think would will be very important to understand before heading out into unfamiliar waters.

After lunch, it was time to take the exam.  It was a bit more difficult this time, especially since I had not had time to finish the book, but we both passed!  Then, we got out of the slip, and practiced anchoring and lots of docking.  At the end of the day, we were officially signed off on Costal Cruising!