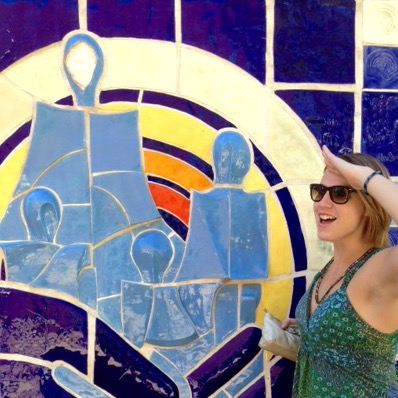 Well, exciting news today… we confirmed a crew position sailing in the Pacific later this month!  Sailing from Marina Del Rey, CA to Berkeley, CA!  It’s not the Puget Sound to Mexico sail I had originally been looking at, but it will be a great first experience out in the open ocean!

For those of you who read my last post, I did meet up with the sailor I had been in contact with who was planning to sail from Puget Sound to Mexico.  This past Sunday we drove up to Tacoma, WA to meet him and his partner and to talk about their boat, plans, preparations and expectations for the passage.  It was really great to be able to talk with him in person – we spent about 2 hours talking everything through!  He was a really nice guy who had spent time sailing in Puget Sound on smaller sailboats for the last 20 years and and recently purchased a 1973 Morgan 33 with the intention to head south for the winter to Mexico and Central America.  He shared with us the upgrades and improvements he had made as well as the safety equipment he had installed .  There were still a few things on his list to get installed or purchased, and some of the new equipment had not been tested yet, but he was preparing to leave very soon.  Ultimately, he was only waiting for the right weather window to get under way and down to San Francisco from Puget Sound.

It all sounded pretty good and we could tell that he really wanted to make the trip happen.  The only thing that gave me a bit of hesitation is that although he had a lot of sailing experience in Puget Sound, which can be very technical and challenging, he had never done any offshore sailing before.  From the research that I have done, the passage from the Straight of Juan de Fuca down the Washington, Oregon and Northern Californian Coast can be quite challenging.  There are often winds exceeding 30-40 knots with huge swells and breaking seas… not exactly the most welcoming conditions for a sailboat full of people who have never been sailing offshore before.

Well, in the midst of our discussions about the sail from Seattle, we had another crew opportunity surface this week!  It was from the very first person we had messaged on the sailing forums earlier this summer, a delivery captain.  When we had first messaged him he was looking for crew to help with a sailboat delivery form Portland to San Diego.  We ended up being too late for that opportunity, but he has stayed in contact with us and he had offered us something at the end of the month from Marina Del Rey to Berkeley!

So this week we kept in touch with the guy in Puget Sound, trying to figure out if I could coordinate both sails… I was thinking I could sail down to San Francisco/Southern California on one boat, and then head back up to the Bay Area on the other.  However, the timeframe was gettin very tight, and I was worried I wouldn’t be able to get down to California in time for the second sail.  Then, just the other day I had something come up where I will have to be in Portland the coming week, and unfortunately will not be able to join on the Seattle to San Francisco leg.  I guess in a way, it might be better that it worked out this way so that our first offshore experience hopefully won’t be so challenging.

So now it’s official… we are headed down to LA in a week and will get to take the boat up the coast!  We are so excited, and working on getting ready!  More updates coming very soon!

One thought to “Got our first sailing crew position!”