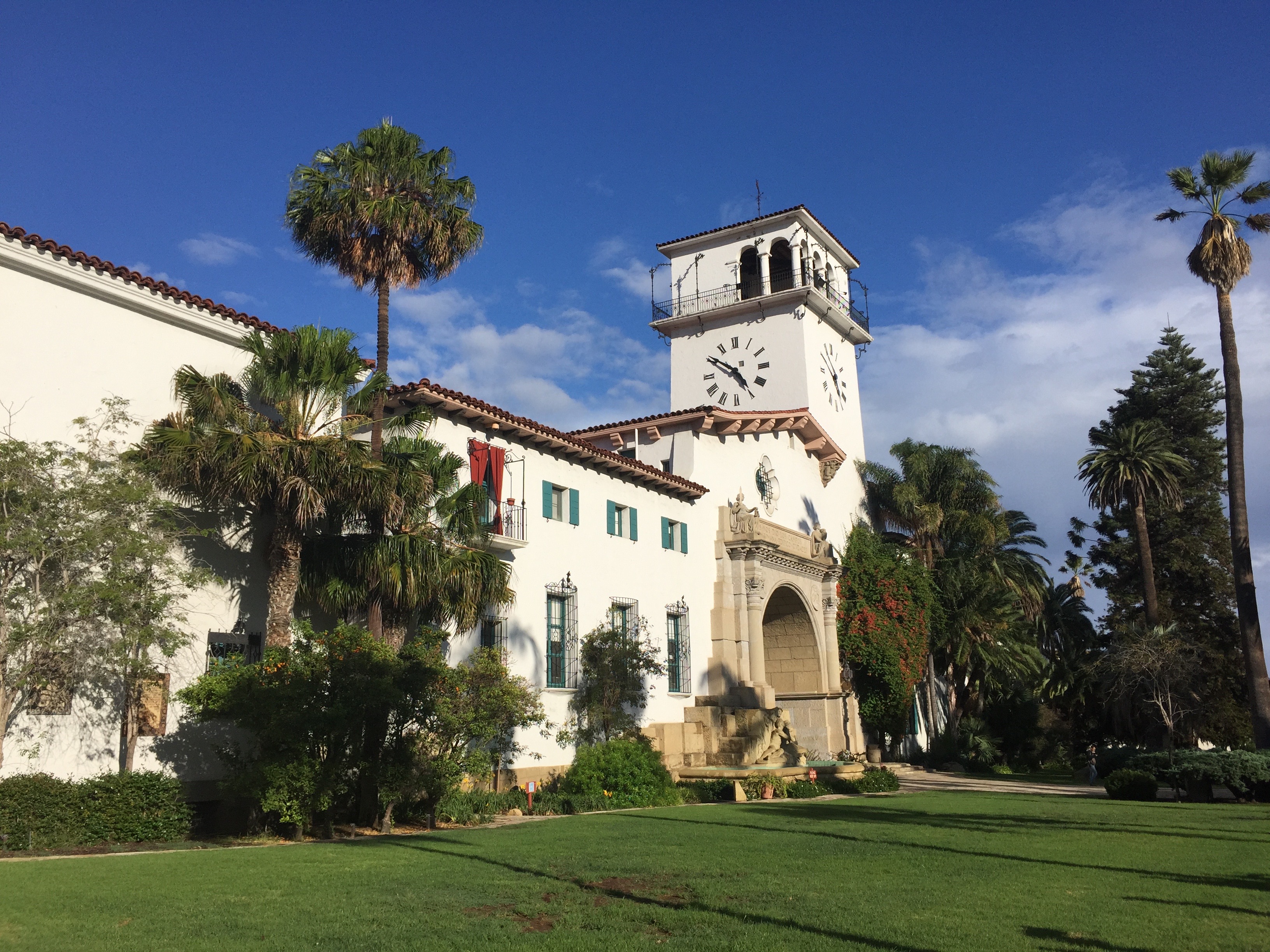 We awoke the morning after we arrived in Santa Barbara to a beautiful, warm sunny Friday.  However, according to the NOAA Marine Weather Forecast, there was a small craft advisory for the entire Southern California region.  In fact, this advisory had been in effect everyday that we had been out on the water… However, with Point Conception being notorious for extra rough seas, we did not want to risk sailing around it with the advisory in effect.  The point was forecasted to have swells ranging from 4-10 feet at 6 seconds intervals for the next several days.  We had already been in seas around 4-6 feet, but we didn’t want to put the added stress on the boat that already had a less than reliable engine and a severed stern pulpit.  So the decision was made to stay in Santa Barbara for the next couple of days and continue monitoring the sea conditions.

So there we were, stuck in Santa Barbara, in a marina.  I guess things could have been a lot worse, but we were pretty bummed, as this was not the experience that we had hoped to have…  We completely understood and appreciated working through the engine and maintenance problems, as well as waiting for the right weather window, however we were hardly getting to do any sailing, instead getting a few moments here and there of motor-sailing; and if it were us, we would have gone just on the other side of the pier to the beautiful anchorage and drop anchor instead of staying in the marina.  But oh well…

We found an awesome breakfast place just across the street from the marina and the beach called Sambos.  As soon as you sat down, they brought you a basket of these absolutely delicious, completely unhealthy mini muffins.  With a little bit of butter spread on them, they were to die for!  We ended up eating here a few times while we were in Santa Barbara, and all had awesome food at great prices every time!  So if you’re ever in Santa Barbara, check this place out for breakfast or brunch!

We decided to make the best of our time in the marina and headed around the harbor to the local yacht sales office.  We browsed their available yachts, with hopes of being able to get onboard and see a few up close.  There weren’t too many boats available in our desired size and age range, however we did find a 2009 Jeanneau Sun Odysessy 42′.  We asked to see it, but we were told it wasn’t available to view until the following day.

So we wandered around to the back side of the office and found a shipyard that had some hauled-out sailboats that were getting some work done to them.  It was cool to see the boats out of the water and get a better look at the rudder, keel and underside of the boat up close.

As we wandered back to our slip, we walked up and down all of the docks looking at the other boats in the marina.  There were some really nice ones, and some that were sitting and rotting away.  The marina seemed to have a lot of liveaboards, as well as lots of people preparing to go participate in the Baja Ha-Ha, an annual cruisers’ rally that sails from San Diego to Cabo every fall.  We saw lots of people working on their boats and talking about their preparations.  We found a few other sailboats that were for sale by owner, but there was no one around to let us on board…

Because our trip had been so delayed along the way, Ty had to book a flight back to Portland for Sunday and get back to work.  I was super bummed to have him leave, as there was no telling how long the remainder of the trip would take.

Saturday morning we went back over to the the yacht sales office, and they told us the Jeanneau was available to view!  We walked all the way to the end of the absolute furthest away dock in the marina, and there she was.  It was a beautiful boat that, despite being 6 years old, looked brand new, inside and out.  We loved the dual helms, walk-on transom, light-washed cabin, L-shaped galley, large aft stateroom and tons of compartmentalized bilge storage!  It was an absolutely gorgeous boat.  See it here!  But the pricetag definitely inspired us to continue on with our goal of heading over to the Mediterranean to buy a boat.  We had been looking at very similar boats online in Croatia, Greece and Italy for far less than half of the asking price of the comparable boats here on the West Coast, or the US in general.

Sunday morning came and it was an unusually cool and rainy morning in Santa Barbara.  Ty was supposed to be headed to the airport early, but his flight was delayed, so we wandered into town for a late breakfast.

Ty headed to the airport, and I caught a ride to the Santa Barbara Mission.  It had turned into a very rainy day, but the grounds were beautiful and peaceful in the rain.  The mission was founded in 1786, and was rebuilt several times during the late 1700’s and early 1800’s, growing larger every time.  Much of the mission was built by the local Chumash natives.  The missionaries, settlers and Chumash natives developed an intertwined community and history during the 18th, 19th and early 20th century.  I wandered the mission and the beautiful grounds.

After exploring the mission, I headed back into town to settle in to a cozy cafe for the rest of the afternoon while I waited out the rain.  Santa Barbara really is a beautiful town, with lots of adobe and traditional Spanish Colonial and Mission-style buildings.  Later that afternoon, I heard from Ty… his flight had never left!  Even after his long delay, the aircraft ended up returning to the gate for a possibly very lengthy further delay.  After lots of chaotic events at the airport, eventually he had had enough and decided to cancel the flight and join in for the rest of the trip!  I was SO excited to hear the news and to have him along!  That evening we went to dinner with the others and solidified a plan for the remainder of the trip.

It looked like the weather and seas would remain difficult through Monday afternoon.  After that, everything looked remarkably calm and clear all the way up the coast!  So we made a plan to leave Santa Barbara Monday afternoon and push through the night around Point Conception and all the way up to San Francisco Bay.  The following morning, we awoke to a clear, sunny sky and were excited to get on our way later that afternoon!

Up next time… rounding Point Conception, our first full night shift, and another fuel system clog!