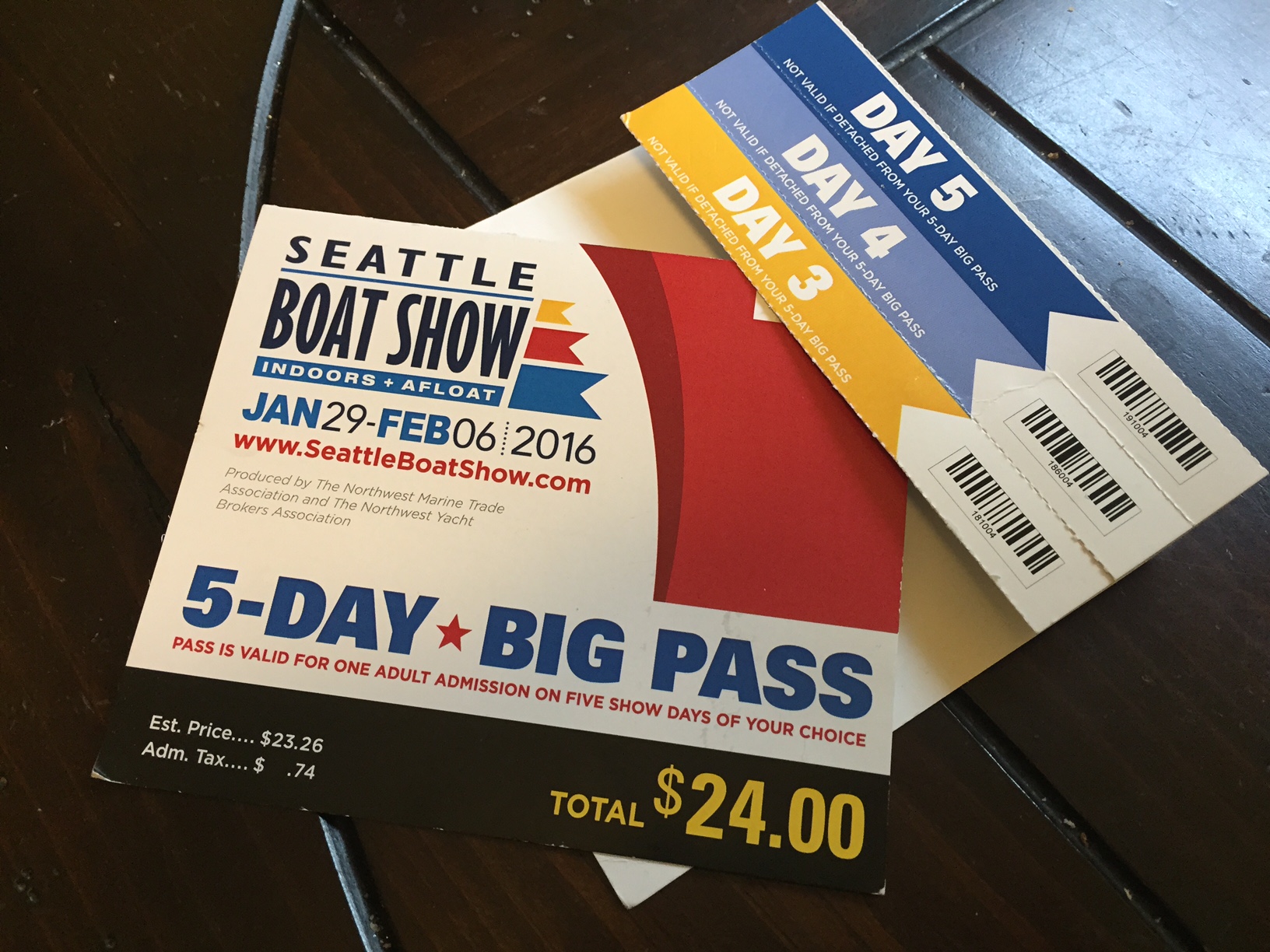 We kicked off the season visiting the Portland Boat Show on opening day in mid-January.  Since Portland isn’t a huge sailing mecca, the show was strongly geared towards powerboats and fishing boats.  We wandered up and down all of the aisles, staring at the shiny motor boats wondering what all the boat show fuss was about.  We finally found a handful of booths in the back corner related to sailing, and lucky for us, it was here that we found the surveyor that we used for Varuna, the day before making our initial offer on her!  However, that was about the only thing that we gained from the show, we were in and out in less than 2 hours.

After being pretty disappointed in the Portland Boat Show, we were looking forward to a bigger show with more variety.  We are boat show newbies, but when we looked up the Seattle Boat Show we were amazed at the amount of offerings, and had a feeling that this would be much more beneficial to us.

The most exciting thing was a huge list of free seminars offered throughout the entire show.  You can see the whole list HERE.

Before the show we made a list of all the seminars that we wanted to attend.  It was so hard to pick and choose, because there were so many great options everyday of the show and we wanted to attend all of them!  Even once we narrowed it down to the days that we could attend, we had to choose from overlapping seminars because there were just so many!  A new offering this year was the Boat Show University, which offered paid half-day, full-day or multi-day classes.  There was just SO much to choose from, and we felt like we could easily spend the entire 9 days there talking to people and gaining knowledge. 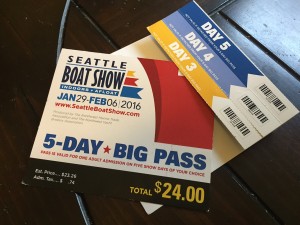 We chose to purchase a 5-day pass (which was the equivalent to 2 individual days of admission) and decided that the first weekend had the most seminars that we wanted to attend.  We also decided to give one of the Boat Show University half-day classes a try, and signed up for the very first one of the show on Friday morning.

Following is a quick description of what we attended, the first was a boat show university class, the others we all free seminars… 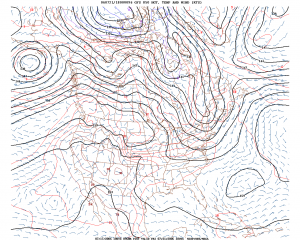 Of course, along with the seminars we did some shopping and wandering around the vendors.  There was so much cool stuff, and we really had to take a step back and reevaluate what was really a necessity and prioritize what we needed.  It would be way too easy to spend tens of thousands of dollars on things if we weren’t careful. 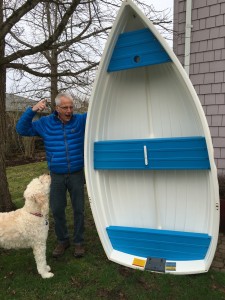 Number one, we decided that it would be absolutely ridiculous to buy a new dinghy.  We looked at all of the white little boats lined up all priced between $3,500-$10,000.  This seemed absolutely ridiculous, when we had seen used dinghies online for a tiny fraction those prices.

UPDATE:  We found an awesome, like-new Walker Bay hard rowing dinghy on Craigslist for $400, complete with oars!  It happened to be for sale up near where my parents live and they went and snagged it for us!  We are so excited to have gotten this, and will be getting to see it in person this weekend when my parents drive it down!  Thanks Mom and Dad! 🙂

Another thing we were very interested to look at was windvanes, and both Monitor and Hydrovane had booths at the show.  We met a really nice young couple at the Hydrovane booth who had recently returned from buying a Beneteau in Mexico, cruising to the South Pacific and then selling their boat in Australia for a bit of a profit, only to return back to Canada to buy a bigger Jeanneau.  It was great to chat with them, and to see exactly how both types of windvanes worked.  Initially, I thought I liked the simplicity of the Hydrovane acting as a rudder, but as we learned more, the servo pendulum style on the Monitor seemed like it may be a better choice.  Although there are lines to be led into the cockpit for this style, we preferred that the paddle in the water did not replace a rudder which has been engineered specific to the boat.  Regardless of the style, these were another big ticket item that we are thinking would be better to look for on the used market.

UPDATE: We found an old used windvane on Craigslist for $500 (much better than the $6000+ for a new one)!  It is an old Fleming pendulum style windvane.  We happened to find this up in Washington very close to where we found the dinghy, of all places.  We were planning a drive up to go back to the boat show to attend a full day class, but as soon as we found the vane on Craigslist, we decided to jump on the opportunity before someone else snapped it up. 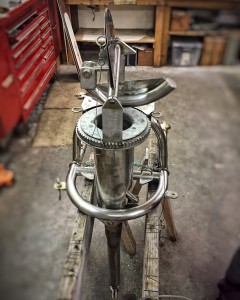 On our drive north from Portland we decided to head straight to go take a look at it.  The guy who was selling it had never used or had a windvane on his boat, but was so nice and willing to let us spend time looking at it and playing with it.  He happened to be a retired race car mechanic, and had a garage full of all sorts of great tools that we used to take it apart, clean it off and make sure all the parts were in working order.  After spending about an hour looking at it, we went home to do some research, and decided that it would work for us on our boat… we just needed to loosen up part of the pendulum arm which was partially seized.  We went back the next day and purchased it – thanks Dan!  Now we just need to figure out how to install it on our boat…

The last major thing we had been looking at were watermakers, and after looking at the endless watermakers at the show, we pretty much ruled these guys out.  After listening to the speakers at the seminar who had cruised for years without them and after doing a lot of reading about the frequency which they broke down, we decided there was no way these were worth a $6,000 investment to us!

Overall, we had a really great time at the Seattle Boat Show, learning and seeing lots!  If only time weren’t an issue, we would have loved to attend more days.  We made some awesome contacts in the seminars and walking around the show, and we hope to work with them on some projects we ave planned for Varuna.

As always, thanks for reading, and happy boat show season to you all!