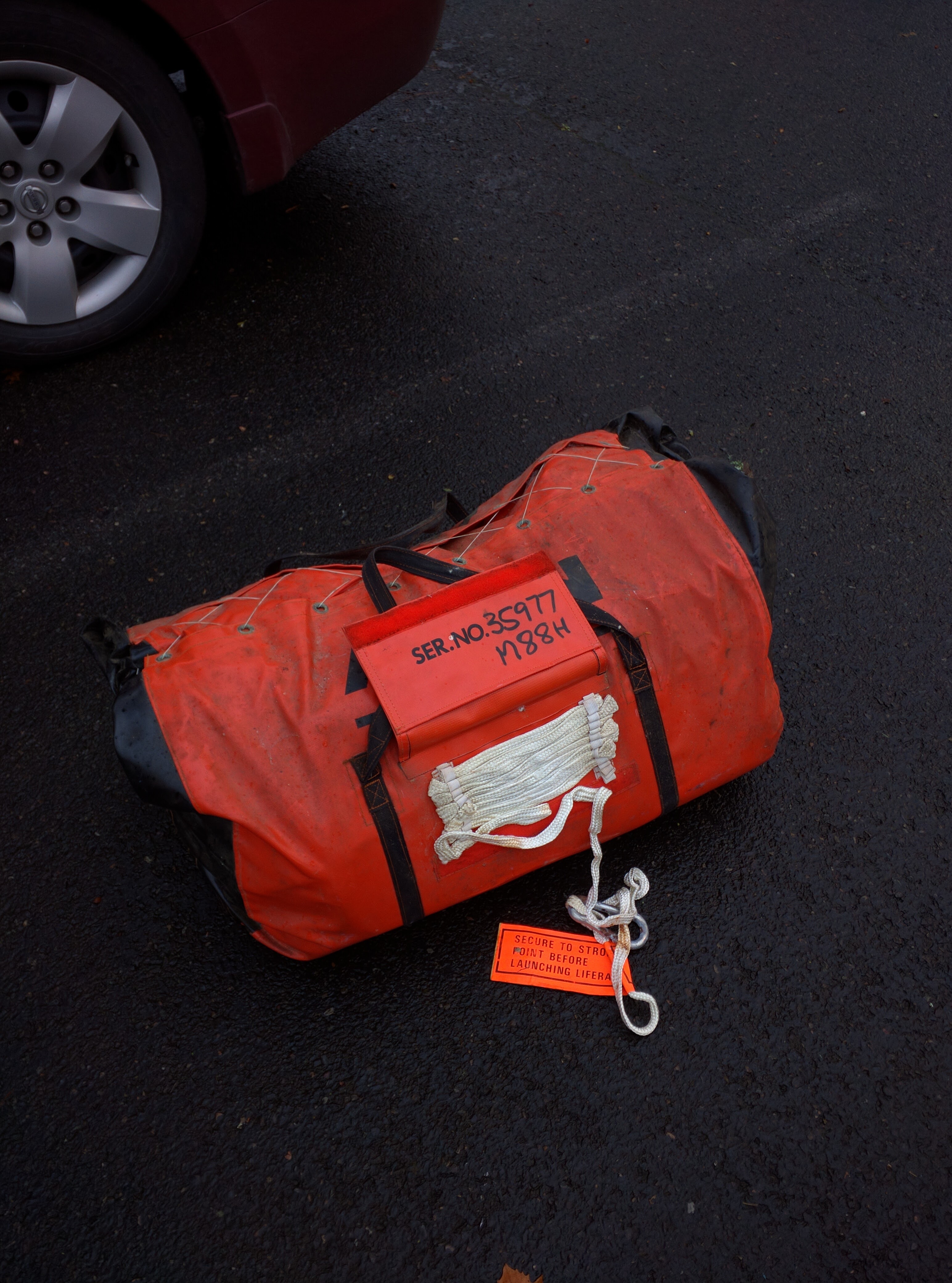 Safety… How to get the right gear, and not go overboard… Literally, and figuratively.

That’s what we’ve been struggling with lately… Well, the figuratively part at least.

In this day and age, technology has come so far, and there are so many options for safety equipment – EPIRBs, to PLBs, MOB beacons, and satellite communications are just the start – which is great!  However, when it comes time to decide what is practical to actually make a financial investment in, and to carry physically, it can be quite a daunting decision.  If you visit a boat show, or simply walk into your local West Marine, you could easily spend tens of thousands of dollars fitting your boat and yourself with safety equipment that you literally hope never to have to use.  So where do you draw the line?

for the boat, which was an easy decision for us.  For a couple hundred dollars, you get a unit that, when you hit the button, not only does it send your exact location, but also who you are and your vessel information to a worldwide satellite network for search and rescue authorities.  For a fairly low, one-time cost (other than a battery replacement 6 years down the road), this unit could potentially save our lives.

However, once you start down this rabbit hole, there are tons of other options too.  In addition to the EPIRB, which goes with the boat, there are PLBs (Personal Locator Beacons)

, which are attached to a specific person.  In theory, it sounds great – strap it in your lifevest while you’re on watch, and if you happen to go overboard, you can notify the same search and rescue teams.  However, we’re still not 100% certain of the practicality of this.  It would be great for inshore or costal sailing, as rescue teams could likely respond and get to you fairly quickly.  But if you were offshore, it’s not likely that you’d survive long enough in the water on your own for search and rescue teams to actually reach you, as teams could be days away.

Which brings us to another option, a MOB (Man Overboard) Beacon

.  This works similar to a PLB, however instead of sending your distress call to search and rescue authorities, which could be days away, it sends your MOB alert via AIS (an automatic tracking system used by commercial ships) to any ships in the area, and also provides the option to send your distress signal to any DSC-equipped VHF radios within line of sight, and the best part is, it sets off an alarm on the radio on your on boat to alert those on board.  This could be much more useful for us, as it provides the possibility that if one of us were to go overboard while on watch and the other person was sleeping, it could wake the person on board up and allow them to navigate back to the person in the water.  A much quicker and more likely rescue scenario.  We ended up choosing to purchase two of these, one for each of us to keep in our lifejackets.

This brings us to our next point, which is to stay on the boat and not go overboard!  We currently own older-model West Marine Offshore Auto-Inflate Lifejackets with a harness built in, and just ordered some new Mustang Survival lifevests

that also have a built-in harness.  We were lucky that Varuna came equipped with jacklines, which are long straps of webbing that can be secured to the boat.  We will to clip into these with a harness (which we have on the lifejacket) and a tether that we purchased

, so that you don’t fall off the boat.  Before we push off from Portland, we will need to decide where to secure these jacklines.  Traditionally, they are run down on the deck along each side of the boat, however after doing some research and hearing from others, we don’t think this is the best location.  We would rather run them higher up, around waist level, or in the center of the boat, so that if you do fall, you are much more likely to stay on the deck and not fall dangling from a line over the edge.  I recently read a study that found that if you were to fall overboard while attached to jacklines on the side deck, you were still at risk of drowning, especially when unconscious, as a limp head would be pulled and dragged under the water at speeds of just 4 knots and even when conscious it is difficult to keep your head above water when being dragged at speeds little over this.  So run your jacklines high or near the center and stay on the boat, ladies and gentlemen!

One of the tougher decisions for us has been deciding on a liferaft – if we should get one and what kind.  We actually had an old raft given to us from our awesome local marine consignment store!  It was a VERY old Avon liferaft.  After opening it up, we found a model number and did some research to see who repacked Avon liferafts locally.  We gave a few places a call to see if they would be able to repack the old raft… and it was WAY too old to repack!  We discovered that this particular model was from 1988.  One of the repacking centers I spoke with put it eloquently… “You don’t want to be in that raft in the ocean.  The fabric and glue gets old and brittle, which will cause the seams to burst, and then you will sink and die.”  Wow, thanks…  We are planning to “test” the old liferaft to see if and how it works, and just for fun!  There might be some items that we can salvage from it too, so we are looking forward to setting it off.  We’ll be sure to get it on video! 🙂

So back to looking at new liferafts… We’ve pretty much narrowed our choices down to two, if we decide to go that route – either the Ocean Safety Ocean ISO 4-person Offshore or the Viking RescYou ISO 4-person Offshore raft.  Although these are both moderately priced with seemingly favorable reviews, they are still in the $3,000 range.  Unlike the EPIRB, however, it’s not a one-time cost when it comes to liferafts – they need to be repacked every 3 years, which costs about $1,000, and recertified every year after that for a few hundred dollars.  Yikes, that’s a lot of money!  I mean, if you do end up needing it to save your life, I’m sure you will think it money well spent, however the goal is no never use it.  That’s a lot of money to swallow, not just once, but every year!  As the saying goes, you should only be getting in your liferaft if you are stepping up into it, meaning your boat has literally sunk.  So this is still up in the air.  We will likely be getting one, but with reluctance.

We have also been in the process of building a ditch bag (to take with us if we ever need to abandon ship) and a first aid kit.  Once these are complete, we’ll make a post detailing their contents.

Our most difficult struggles right now is deciding on how to get our weather offshore.  There are multiple options for this, with a wide range of price tags attached.  In fact, this has been such a difficult decision, with so many options, that I will save this for our next post… So stay tuned!

2 thoughts to “Safety… How to get the right gear, and not go overboard…”