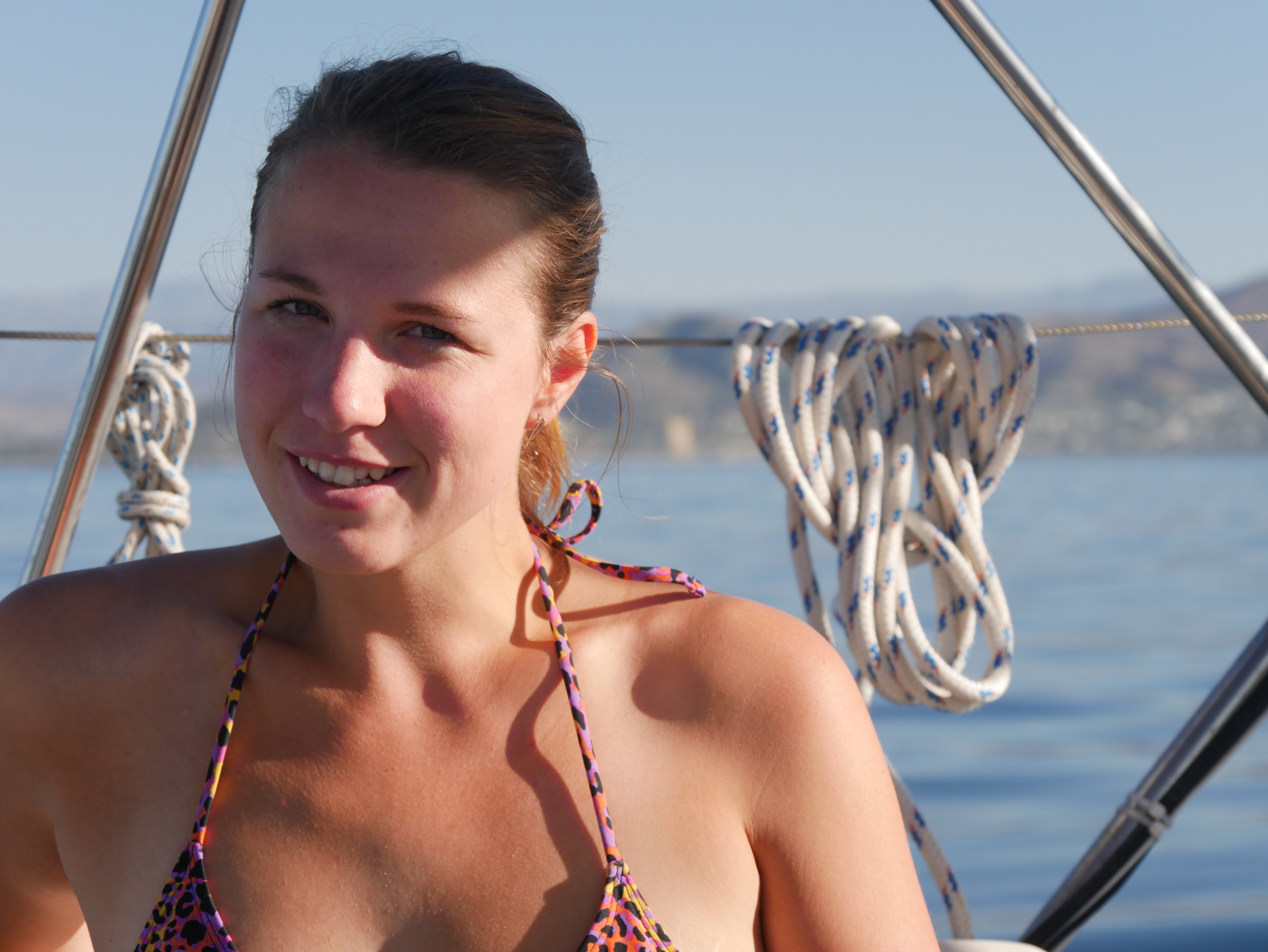 After six long weeks in the boatyard, we could not be more excited to be back out sailing again!  After arriving in the Ventura Harbor Boatyard on August 14, we were originally told repairs to our broken bowsprit (you can read all about what happened here) would take 1-3 weeks.  Well, as of September 26 , six weeks later, the final touches were being put on the bowsprit and the bill was paid just as the office was closing.  We really had hoped to be done on Friday, September 23, but of course, with just one thing left to do, we had to wait through the weekend until Monday afternoon for all to be completed.

We spent the night scrambling to get the boat all put back together and everything back in its place.  Between the work on the bowsprit and our own projects back in the cockpit lockers, the boat had been torn apart from head to tow, with things piled everywhere, we had to rearrange half the boat just to be able to go to sleep or take or shower.

The next morning, we were up before dawn getting everything in place to actually sail again.  Finally, Varuna ready to pull out of the harbor and back onto the ocean first thing in the morning!

With a course set West for the Channel Islands, sails up, and the sun already shining hot and bright by 8am, we were happy.  We hadn’t realized how much we had missed being on the water, listening to the sounds of the waves lap at the boat and the wind blow through the sails.  There wasn’t much wind, but still, we were sailing!  Although very slowly…

About an hour after leaving the harbor, floating along at a few knots, we decided we couldn’t wait until we got to the island to clean our bottom, because at this speed, it would be dark before we got there!  After 6 weeks in the boatyard, the bottom of the boat had grown a pretty decent beard.  Ty got in and scrubbed away the layers below the surface.  We hadn’t removed our knot meter while at the dock, so that took a bit of effort to get spinning again, scraping off whatever had decided to crawl in and call it home.  Even our prop was completely covered in barnacles that he had to chip away.

By the time we were done cleaning, the wind had completely died, so we sadly had to turn the motor on to make some ground.  However, with the motor running we came across another problem… this one less easy fix than scrubbing the bottom of the boat.  We had noticed a problem with our alternator on the engine that day we brought it into the boatyard for repairs.  We had thought it was just a screw that needed to be tightened, which we had done while in the boatyard.  However, that morning when we motored out of the harbor, and now with the engine running again, we were having the asme issue…

The engine would be running like usual, then the tachometer would suddenly drop down to 0, but then engine would still keep running normally.  When the tach dropped, our batteries would also stop charging.  With our diesel engine course in the back of our minds, we guessed the problem was with a loose belt on the alternator.  As we slowly increased and decreased the throttle, we found an RPM where it seemed to hold ok.

With a clean bottom and propeller, a little bit of wind in the main, and the engine running at low RPM, we slowly made our way towards the Islands.  Our original plan had been to make our way as far west as we could, as we were hoping to sail out to San Miguel Island the following day.  We were aiming at spending the night either at Forney’s Cove on Santa Cruz or Becher’s on Santa Rosa Island.  However, at our speed, it looked like we’d have to settle for somewhere a bit closer.

Although we didn’t make a lot of ground, we ended up at Cueva Valdez for the night, and were so happy to be out of the harbor and at a beautiful anchorage again.  We dropped our brand new 20 kg Rocna anchor off our awesome new bowsprit, and settled in for the night.  We hadn’t realized how much we had missed cooking dinner on board and being away from internet connectivity!