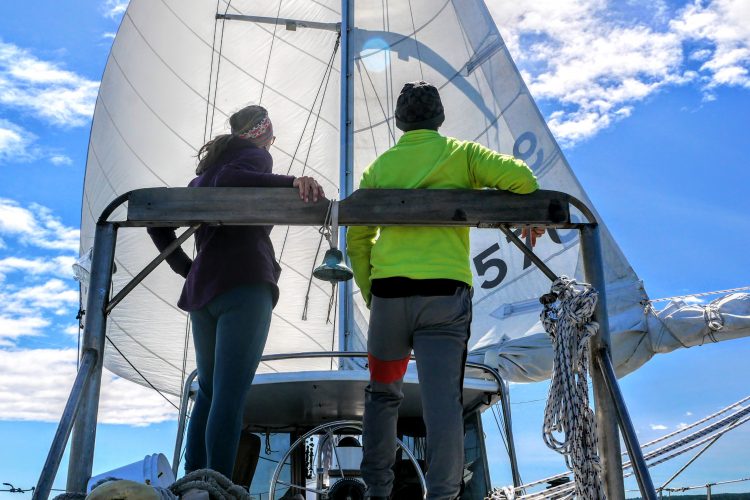 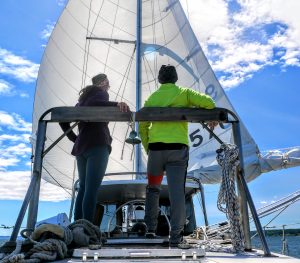 Why are we stuck on land, instead of out sailing the seas?  Well, it really all boils down to one bad decision – buying the wrong boat.  Makara was never the right boat for us, and unfortunately that one bad decision has brought us here, stuck, trying to move past it and move on with our lives, get back out on the water doing something that makes us happy.

So how did we end up with her?  We were searching for a boat that would be better-suited to our long-term plans – cruising remote places, being away from civilization for long periods of time comfortably and sustainably.  We had been close with a few prior almost purchases, but the deals had fallen through.  We had exhausted most of our options on the West Coast of North America, we were tired of looking, tired of being away from the water, desperate… We found Makara, and hastily jumped, without taking time to evaluate – it was a chance at a quick sale, a way to get back out on the water, and our one mistake, after we had been SO scrutinous and said no to so many other boats. 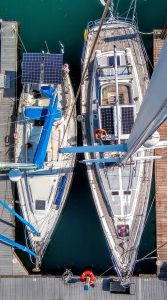 She was far bigger (50 feet overall) than the boats in the 40-44 foot range we had been looking at.  Although we wanted a bigger boat, we still really wanted to stay as small as possible in meeting all our requirement

After it became clear that we were not going to sell her in Hawaii (where we had purchased her) we made plans to get her to a better market, and Varuna as well, since we ultimately wanted to sell both boats and find our perfect boat.s.  The smaller the boat, the lower your costs, in so many ways – marinas, maintenance, size and rating on all sorts of equipment for the boat, etc… She was also a project boat, which was never what we had been looking for in a boat, never.  And that was the real killer.

Upon arriving in the Pacific Northwest, we had a few doubts about selling Makara, and decided to give her a chance… Plus, a few improvements surely wouldn’t be a detriment if we did decide to sell her, right?  And so began a very difficult chapter of our lives.

We are not “boat project” people.  While we’ve learned an incredible number of new skills in our time on the water, working on boats is not our passion, as it is to some people.  We became unhappy, frustrated, upset, angry, disappointed. Many days it was a challenge to get up and face the projects, to continue to film and put on an optimistic face, to see the progress we were making.

As is the way with boat projects, one thing leads to another and we were in deep, working on many projects at once, and while we were very happy with the way the finished result was starting to look, we weren’t happy being stuck.  All we wanted was to set out again, but there were still more projects to conquer, money was running low to actually finish the rest of what we wanted to do… it was time to make a decision.  What made the decision so hard, and what took us so long to make it was all the hard work we had put in over the past several months.  Makara is a good, solid boat with so much potential and has gotten very close to where we want her to be, in terms of being ready for cruising, but I think our tough experiences getting there have clouded our view.

If we could go back in time and change the fact that we bought Makara, we would.  But we can’t. We can only decide what we do moving forward.  So Makara is hauled out, currently for sale.  We are working full-time to help our finances. Ty was hoping to have another back surgery that would alleviate much of his pain (which had been making all the boatwork that much more difficult), but unfortunately with the virus situation, that has been put on hold.

We don’t know what’s next for us, but we are certainly going stir crazy here.  We’re happy to have a job, to be working, but we sure do not want to get stuck here.  All we want is to be back out on a boat, sailing, exploring, seeing new places, learning new cultures, living a sustainable, low-impact life, being self-sufficient.  Being here, working a traditional job, we feel the life being sucked out of us.

With the current state of the world, unfortunately our circumstances here may be prolonged.  We have been casually boat shopping, but know that we should wait until Makra sells to buy another boat, and I’m not sure that’s going to happen anytime soon, given the state of the world.  Plus, traveling to look at boats right now isn’t really the thing to do. We have considered going back to Makara, but know that would be another desperate mistake. Given the memories and regret surrounding our history with her, I don’t think we could ever be happy aboard, even though she really has so much potential to be a great liveaboard cruiser.

So what’s next?  We don’t know. I don’t think anyone really knows what the immediate future holds at this point, so we will ride this out with the rest of the world, see where the next few months take us.  We hope that we can get back to doing what we love very soon. We want to say a very big thanks to all of you who have been along for this crazy ride with us – you’ve been our inspiration to keep going!

All the best from us! 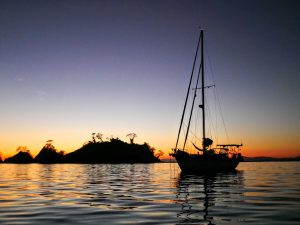